Level Up ! It’s gonna be another Bole Festival Experience.

As far as outdoor events go in Port Harcourt, I can tell you categorically that no event has matched the hype and expectations of the then Rivers State Carnival better known as CarniRiv, until Bole Festival took the bull by the horn.

I can’t count the number of phone calls I have received from friends, girlfriends and other acquaintances asking me for tickets in the last week, so many proposals to be my plus one to the event, so now, I’m looking for ways to be a total ghost on the event day so I can avoid billings, things hard abeg.

That’s the kind of frenzy Bole Festival brings to the City of Port Harcourt and it’s environs, it’s our own Notting Hill Carnival, and two days of total relaxation, fun, new acquaintances and plenty people Dey find the love of their lives for the festival. I have two “Chioma Bole Festival” on my contact list I’m trying to differentiate the seasons.


On my personal experience, this will be my 5th year activity participating and all , and for every year, the experiences hits differently, so I will write on the past year tagged Home Coming.

As it’s customary on Bole Festival days, we are to expect light showers (rain) and sometimes it’s none stop, it has now become the Festival’s fetish, so for that reason, I didn’t attend the day one, but then, I was mad at my self when I heard how much of a blast it was. So I was pumped for day 2.

Left home by 3pm and as I drove towards Stadium road the traffic had already built up miles away from the venue and boy that was frustrating. Spent about 45 minutes on traffic in what could easily be a 3 minutes ride. When I finally got close to the venue, this big problem now was where to park, No space at the car park because hundreds of cars are already parked. I nearly carried my car on my head due to lack of parking space. Finally, with the help of our normal home boys I found a spot to park.

The next struggle now was to get into the venue .. The blood of Jesus! Omo if you see crowd , I wasn’t surprised but then again it was double the number from the last season and I knew it was gonna be war getting into the venue .

Now the rain had done a disservice to the floor as it was all muddy and I had just got a new shoe with white soles for the special occasion.. I tried to tip toe to avoid the muddy stains on the white part , but for how long was I gonna tip toe.

I tried to call my colleagues on the inside to get my Press pass. As always calls where jamming and not connecting .. I stood out for another 40 mins till I luckily saw gift of Gift of Ichewealth Empire and he was able to get me a Press pass .

Walking into the venue the energy was reverberating ! I could estimate 8 to 10 thousand people having the time of their life.

The sound was outstanding the stage was magnificent! The lightning ! Glorious .. The sizzling smell of Bole sauce , with a blend of smoke from the fish , enveloped my nostrils, with so many food and drink vendors ! Boy I was about to let loose.

I managed to find my circle of friends and it was a full blown party .. Had to shake a lot of hands , and smiled till my smiles turned plastic , had different types of beer , whiskey and more .. and the music didn’t stop ! Top performance After top Performance . Speech, Sisi Boma and the rest on stage bringing the energy , Big performance from Reekado Banks and more it was an experience worth every hype it got ..

The highlight would be when the Convener was called on stage. Mr Nonso has been my guy for a while now and I was so proud of that moment, his team had pulled off another success and it was just beyond comprehension. And then the fireworks came out !! Boom Boom!! Boom!! You will not see anything like it all year long !

And by the time I looked down at my new shoe , your guess is a good as mine .. it wore a mud Polish . Na Wetin pain me pass be that .

Well it’s Level Up in a couple of days And now we are going to the Yakunu Gowon Stadium, at lest there will be synthetic grass so no fear, wear your best shoe.

I’m looking forward to The Cave Men performance and the meet and greet session.. And if you see me on event day ask me for Bole and fish I owe you a treat.

1. Bole Festival: What to expect? 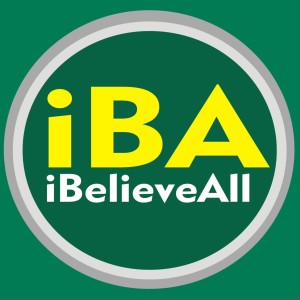 Impact Academy: Pastor Kumuyi reveals how to remain on top

12 Deeper Life traditional wedding attires that would get you thinking